Visual Studio Code, also known as VS Code is an efficient code editor that supports development activities like task execution, debugging, and version control. It seeks to give developers just the tools they require for a rapid cycle of software development. To use the complete feature set of VS Code, VS Code provides The Remote Development extension pack that enables you to open any folder in a container, on a remote computer, or in the Windows Subsystem for Linux (WSL).

Through the Visual Studio Code Remote Development tool, an attacker could control a user's computer and any other machines they were connected to by just clicking a link or visiting a website. The Attacker can just make the victim click on the vscode.dev url which contains the malicious file to get the job done.

Visual Studio Code imposes varying levels of security restrictions on content viewed in the editor to prohibit a malicious attacker from opening a view window that can execute a "command:" link.

The internal trust model, which maintains a 'isTrusted' annotation when views are opened, is a key mechanism by which the editor enforces these constraints. 'command:' URIs can be executed by documents that have 'isTrusted' set to true when they are opened. The majority of security measures are circumvented when the document is trusted. 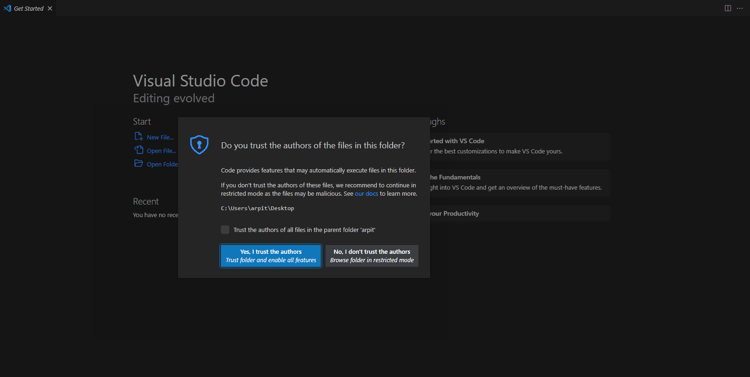 In order to trigger this vulnerability, attackers need to somehow make victims download and open malicious .ipynb in trusted mode which will open as a Jupyter Notebook. As soon as the victim opens the file, the attacker can get the shell or execute any command depending on the payload.

One sort of rich text document that Visual Studio Code supports out of the box is a Jupyter Notebook. It is composed of various chunks of Python code, Markdown, HTML, and other forms, and is primarily used in data science.

How to Exploit this vulnerability

Host a malicious file on the server

Server is running on port 80 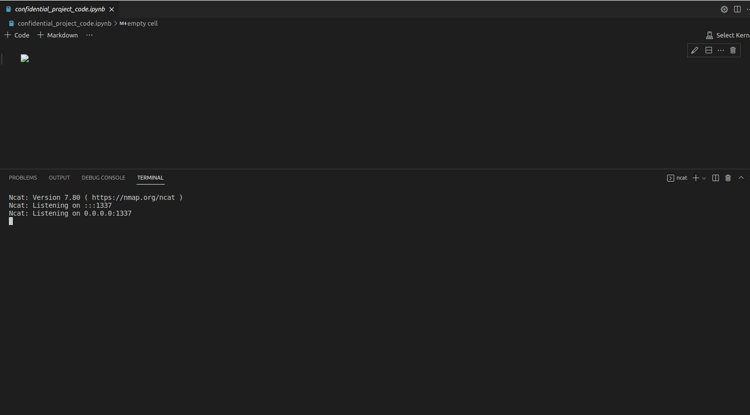 Now as soon as we open the malicious file, the code gets executed. In our case, it will start listening for incoming connections (Note: Here the payload is designed to get a reverse shell, we can make a payload to execute any other command of our choice).
Here the machine is listening for connection, now we as an attacker can connect to the system and We're in, we got the shell on the machine. 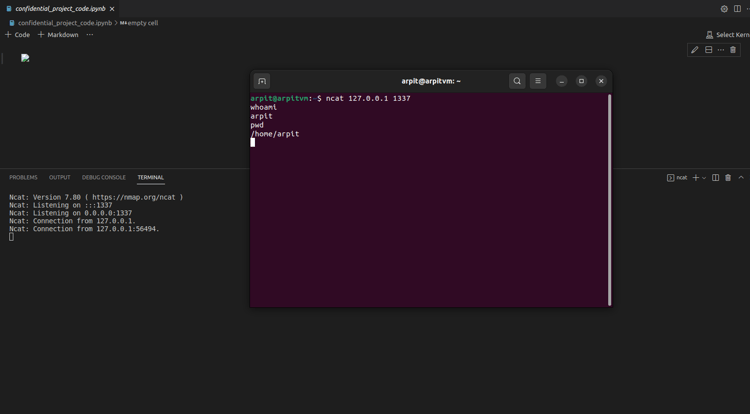 Got the Reverse shell on the machine

This file consists of a single Markdown cell in ipynb format. We can inject any HTML code we want into the webview in trusted mode because Markdown permits arbitrary HTML.

This code generates an image and <a> tag with a nonexistent target. The tag is set up to execute our JavaScript function in the event of an immediate failure.

"command:" is not a typical browser feature. VS Code adds this functionality by detecting when an 'a' element, a link, is inserted into the document. This link is created, added to the page, and then clicked instantaneously by the user itself. “command:“  gives us the ability to execute arbitrary commands.

How To Identify Vulnerable Systems

Well you don’t have to do much in order to detect vulnerable systems Uptycs XDR got you covered for detecting vulnerabilities through vulnerability scan. 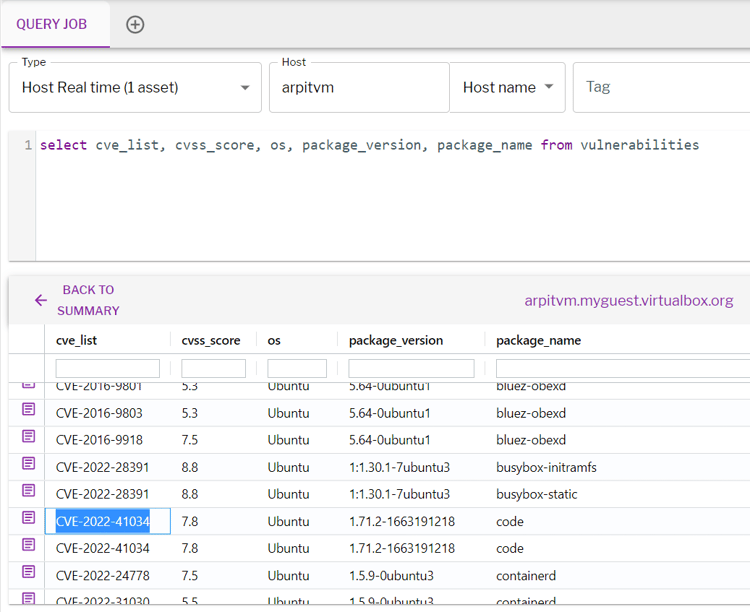 Detection of Vulnerability on Linux Machine 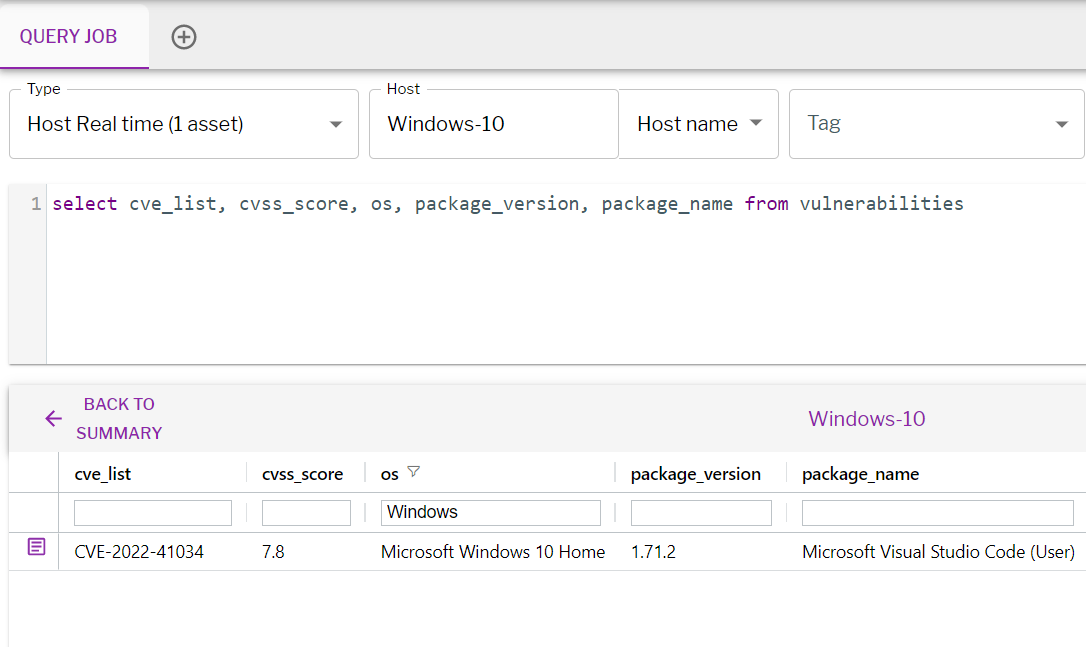 Detection of Vulnerability on Windows Machine 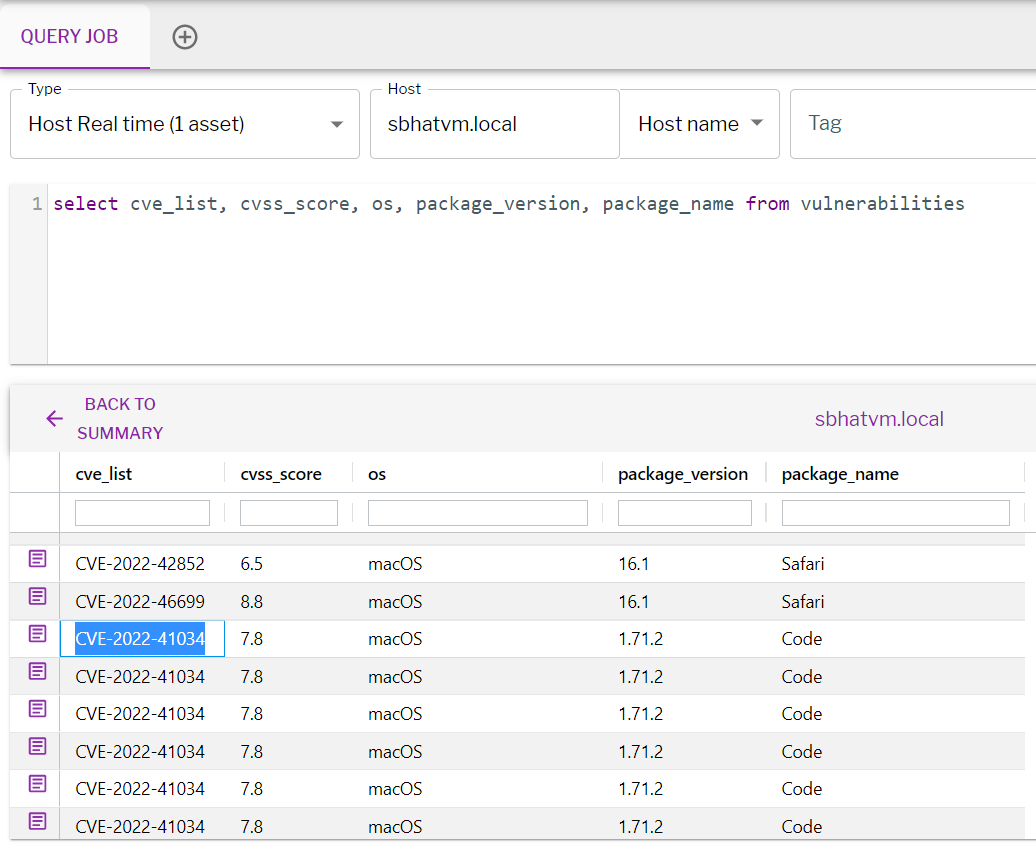 Detection of Vulnerability on Mac Machine

How To Detect If You Have A Vulnerable System Without Osquery

Fire up your VS code and then on the menu bar click on Help->About, a window will pop up where you can see the version. If the version is less than 1.72.1 then your system is vulnerable and if you don’t want to do all this stuff then let Uptycs take care of this. 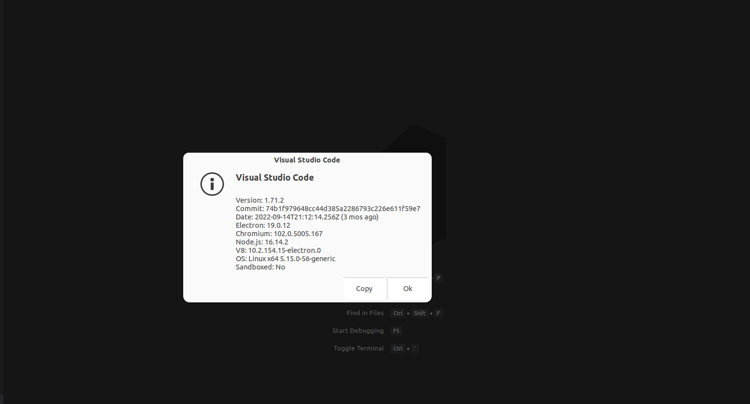 Version details of VS Code

Arpit Kataria is a vulnerability researcher at Uptycs and finds interest in analyzing vulnerabilities in client applications, Web-applications, Operating Systems, N/W devices, etc. He has quite an experience in vulnerability exploitation methods and creating signatures for them to be used for its detection. Besides...