The Uptycs threat research team recently discovered a campaign involving the Titan Stealer malware, which is being marketed and sold by a threat actor (TA) through a Telegram channel for cybercrime purposes. The stealer is capable of stealing a variety of information from infected Windows machines, including credential data from browsers and crypto wallets, FTP client details, screenshots, system information, and grabbed files. 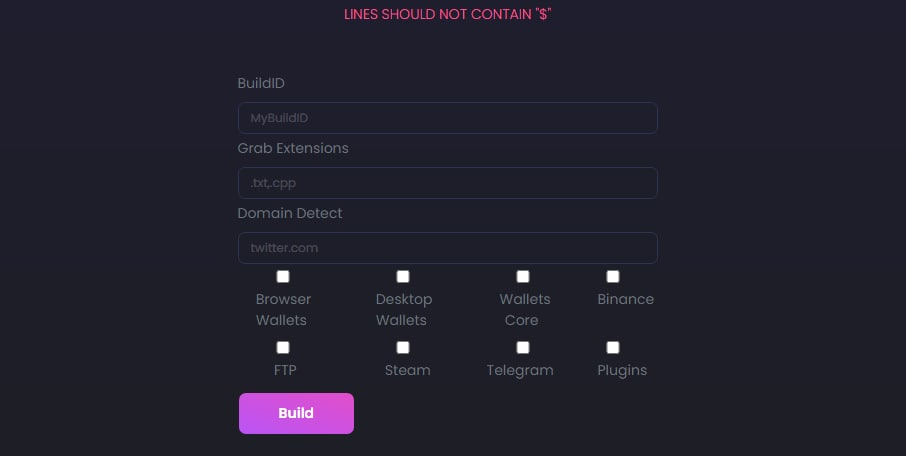 The figure illustrates the malicious operation followed by the Titan Stealer malware.

The analyzed binary is a 32-bit executable compiled with GCC. Figure 3 above shows information about the different sections in the binary. The second section named ".data," has a larger raw size compared to the other sections and contains encrypted data for the Titan Stealer.

When the binary is executed, it decrypts the XOR-encoded payload in the same memory region, which is a Golang-compiled binary. The binary (stage 1) then uses a process-hollowing technique to inject itself into a legitimate target process called "AppLaunch.exe." 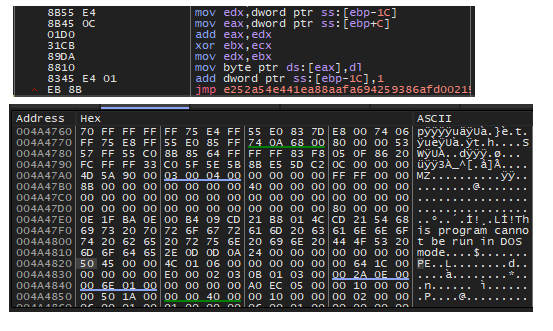 The screenshot below shows the process chain of Titan Stealer.

The stage 2 binary is a 32-bit executable that starts running from the memory region of the "AppLaunch.exe" process after it has been successfully injected. The build ID of the Golang-compiled binary is also provided.

The FindFirstFileW API is a function in the Windows operating system that allows a program to search for a file in a directory or subdirectory. It can be used to enumerate all the files in a directory, including hidden files. Malware can use the FindFirstFileW API to search for specific files or directories on the system, such as the directories where browsers are installed.

The malware targets specific browser directories on a system to identify and potentially attack the installed browsers.

Titan Stealer targets the following cryptocurrency wallets and collects information from them, sending it to the attacker's server.

The malware collects various types of logs from the infected machine, including browser information such as credentials, cookies, and history, as well as data from crypto wallets and FTP clients. Titan Stealer transmits information to a command and control server using base64 encoded archive file formats as shown in Figure 8 below.

Threat actor is advertising and selling Titan Stealer through a Russian-based Telegram channel (https[:]//t.me/titan_stealer). The author shares updates and bug fixes frequently as shown in Figure 9. This may be a sign that they are actively maintaining and distributing the malware. 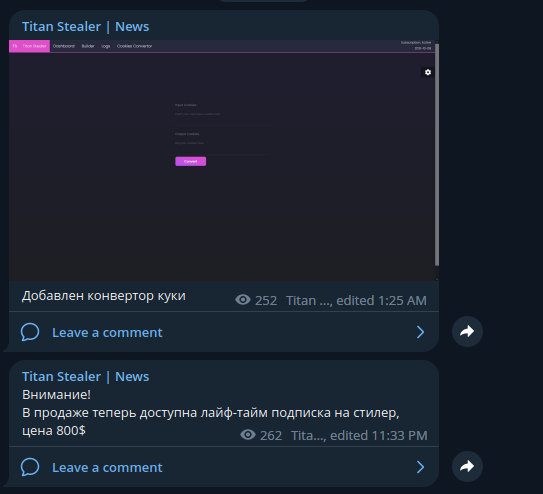 The threat actor has access to a separate panel that allows them to view the login activities and other data of a victim. This type of activity is often associated with cybercrime and can have serious consequences for both the victim and the attacker.

A Shodan query could be used to identify and track the activity of the Titan Stealer as shown in Figure 12.

To defend against malware attacks like the Titan Stealer, it is recommended to:

Uptycs EDR customers can easily scan for Titan Stealer since Uptycs EDR is armed with YARA process scanning and advanced detections. Additionally, Uptycs EDR contextual detection provides important details about the identified malware. Users can navigate to the toolkit data section in the detection alert and click on the name to find out the behavior as shown below (Figure 13 & 14).

Figure 13: Process tree for the malware in an Uptycs EDR detection 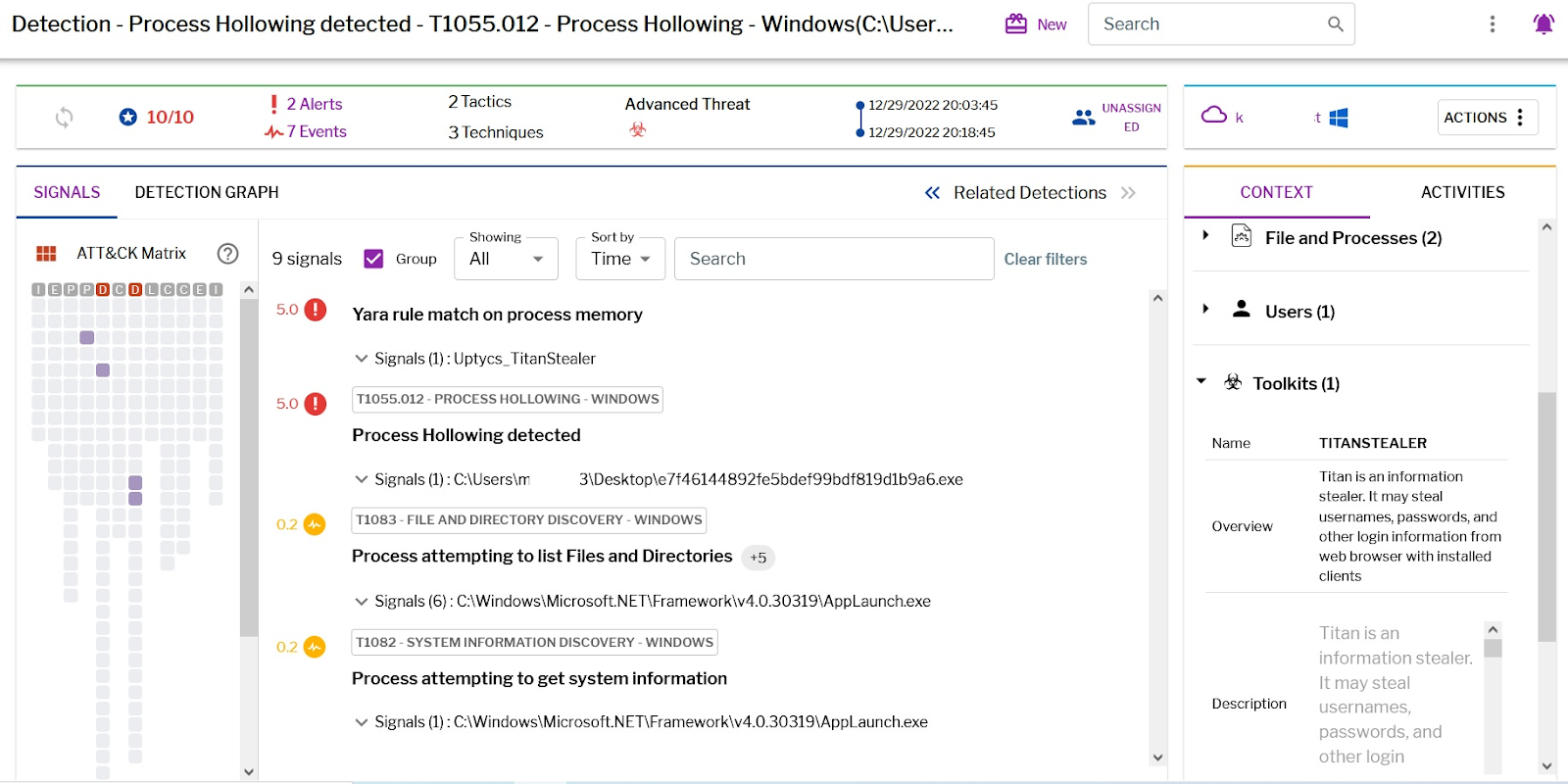 Karthickkumar Kathiresan is a security researcher at Uptycs with 8+ years of experience in the field of cybersecurity. His area of expertise includes static and dynamic malware analysis, as well as reverse engineering on Windows platforms. Karthick has also created malware signatures, and previously worked with...