What you need to know about CWPP (cloud workload protection platform)

Organizations are accelerating their migrations to the cloud while continuing to use on-premises systems. This cloud/on-prem mix offers big upsides in flexibility and scalability, but it also makes it hard to protect an organization’s shifting attack surface.

You can’t just take what worked in traditional data centers and port it to the cloud. Tools developed to secure on-premises workloads—such as heavyweight agents—weren’t designed to be deployed on the minimized, ephemeral workloads popular in the cloud. And with developers sometimes using sketchy open-source software libraries, cloud-native workflows require malware to be detected earlier in the development cycle rather than after code is deployed to production.

These pressures have kickstarted a rethinking of workload visibility and security.

One emerging approach to securing systems across an organization is the cloud workload protection platform (CWPP). According to Gartner, CWPP is a workload-centric security tool that addresses the “unique protection requirements of server workloads in modern hybrid, multi-cloud data center architectures.”

Schedule a demo to see how Uptycs protects your on-prem and cloud workloads.

First, let’s examine the eight layers of CWPP controls as defined by Gartner.

The hardening, configuration, and vulnerability management layer is foundational for CWPP. At this layer, images are hardened based on industry standards. Information security teams ensure that systems are hardened and configured according to the organization’s guidelines, and systems are patched promptly.

The system integrity assurance layer covers both pre-boot and post-boot. In the pre-boot phase, the CWPP tool measures the basic input/output system, unified extensible firmware interface, firmware, hypervisor, virtual machines, and container system images before they are loaded. In the post-boot phase, CWPP provides monitoring of workload integrity, including critical system files and configuration after the workloads are booted, as well as the integrity of the Windows registry, startup folders, drivers, and boot loader.

The exploit prevention and memory protection capabilities from the operating system or supplemental functionality should be combined with application control to prevent attacks on vulnerabilities in an allowlisted application. These capabilities can also be used as mitigating features when patches are not available.

The remaining three layers—server workload endpoint detection and response (EDR), behavioral monitoring, and threat detection/response; host-based IPS with vulnerability shielding; and anti-malware scanning—are important to CWPP but can be executed outside of the workload.

While server workload EDR, behavioral monitoring, and threat detection/response should be mandatory for CWPP, they can be achieved using monitoring from outside the workload. For example, server EDR monitoring looks at network communications, processes launched, files opened, and log entries for behavior patterns that indicate malicious activity, including within containers. The server EDR function can also quickly scan systems for the presence of a specific file by name or hash in the event of an attack.

Using host-based IPS with vulnerability shielding, the CWPP vendor inspects incoming network traffic for attacks against known bugs and thwarts those attacks. The inspection is executed at the host rather than at the network, which is better for preventing inter-VM or inter-container-based attacks. This layer is a valuable defense-in-depth control to prevent attacks on a zero-day bug until a patch is applied or the workload’s code is rebuilt from a patched image.

Anti-malware scanning is an optional capability for a CWPP tool, but it should at least be performed on file repositories. Signature-based file scanning makes sense if the server workload is a general-purpose file repository or there is a regulatory requirement that specifies the use of anti-malware scanning. Organizations should use the same anti-malware vendor on end-user endpoints and server workloads to take advantage of the same policy management system and the same contract. 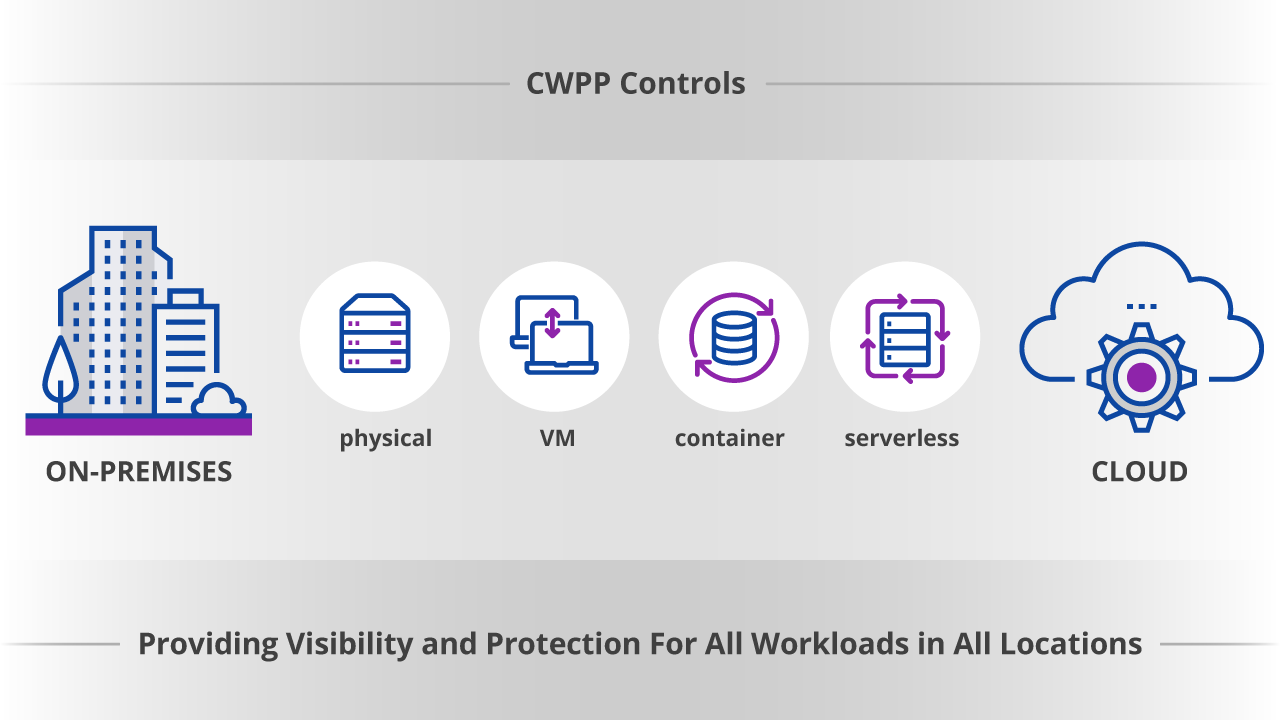 There are several significant benefits that CWPP provides to an organization. For example, an effective CWPP tool facilitates shared responsibility between the organization and its cloud providers in securing workloads hosted in the cloud.

Read more on how to locate hidden cloud credentials across your org, here.

Other CWPP benefits include: lower upfront costs, reduced cost of hardware, lower maintenance and operational overhead; the scalability of application capacity based on demand; better and faster customer response times; and the ability to stand up and use from anywhere and collect analytics from applications.

The future of CWPP (and CSPM and CNAPP …)

So, what does the future hold for CWPP? The cloud environment's growing complexity is likely to spur the consolidation of CWPP with similar types of platforms, such as cloud security posture management (CSPM) and cloud access security broker (CASB).

In particular, the convergence of CWPP and CSPM functionality is leading to a new category of cloud security: a cloud-native application protection platform (CNAPP). By combining CWPP and CSPM capabilities, CNAPP allows organizations to scan workloads and configurations in development and protect them at runtime.

As organizations mull which platform or platforms to select, they should thoroughly understand and consider the benefits of CWPP. The platform handles cloud and on-prem workloads in a way that works with modern workflows. Also, security visibility is an essential feature of CWPP. And CWPP provides organizations with key tools to address their part of the shared responsibility model.

What Does Cloud Native Mean?